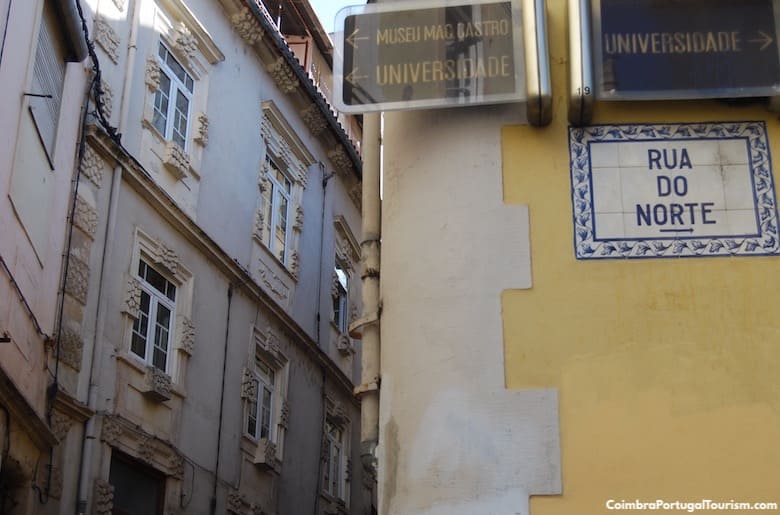 Most tourists arrive in Coimbra by train from Lisbon or Porto, but there are also regular express buses from each city. Although it’s closer to Porto, most visitors arrive from Lisbon, on the train. Once in the center, most sights are within a short walking distance.


All trains between Lisbon and Porto stop in Coimbra. There are two stations in Coimbra, and the one on that route is called "Coimbra B." From there, you may walk for about 20 minutes to the center, down a busy road, or connect to a train that goes to the more central "Coimbra A" station, which is just a 5-minute ride away (at no additional cost; you don’t need to buy another ticket).


Modern, comfortable express buses connect Coimbra to Lisbon, Porto, and other major cities in Portugal. They all end at the central bus station on Avenida Fernão de Magalhães, which is an easy 10-to-15-minute walk from the old town and major hotels.
From Lisbon, they depart from the Sete Rios terminal, and from Porto they depart from the terminal on Campo 24 de Agosto.
For complete details, see the guide to the train and bus from Lisbon to Coimbra, and the guide to the train and bus from Porto to Coimbra.


The closest international airport is Porto’s (110km/68 miles away), while Lisbon’s is 210km/130 miles from the city. If you’re heading straight to Coimbra when you arrive in Portugal, you’re better off flying to Porto, which has direct flights from most major European cities, as well as from the United States (Newark). There are more flights to Lisbon, but it takes about 2 hours to reach Coimbra from there, while from Porto it’s less than 90 minutes.


Driving to and from Coimbra


Highway A1 links Coimbra to Lisbon in the south (2 hours away) and Porto in the north (about 1 hour and 20 minutes). If you want to head to Spain from here, take the A25, which ends at Vilar Formoso on the border, where you can then take the Spanish road to major cities like Salamanca, Ávila, and Madrid. The drive from Coimbra to Madrid is about 5 hours and 30 minutes (to Salamanca it’s 3 hours and 30 minutes, and to Ávila it's 4 hours and 20 minutes).


The city is best appreciated on foot, but the old town is very steep -- wear comfortable shoes. You’ll just need public transportation (buses only, as there are no metro or tram services) if you want to go to the popular Forum Coimbra shopping mall up on a hill across the river.