Home > What to See and Do > Santa Cruz Church and Monastery 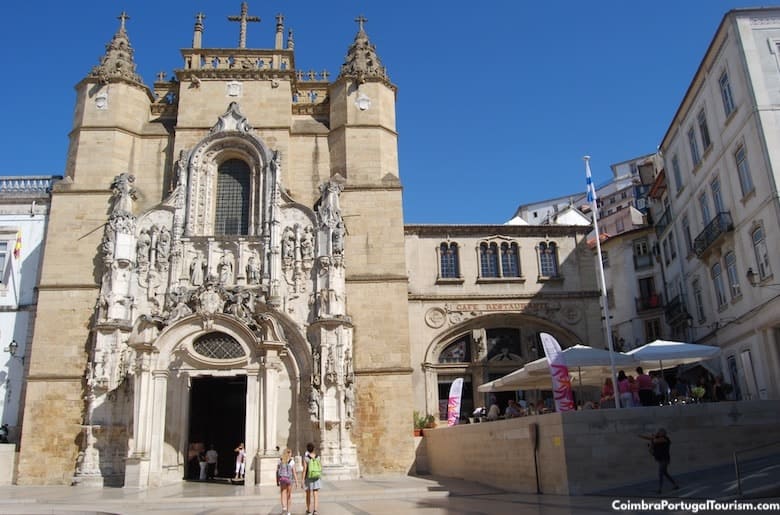 As the pantheon of the country’s first two kings, this is one of Portugal’s most important churches. It’s part of a 12th-century monastery, but little remains of the original temple from 1131. Most of it dates from a major restoration in the 1500s, which followed the Manueline (Portuguese Gothic) style of the time. The Gothic royal tombs date from that period, and were placed in the chancel. The choir stalls were carved in 1518, with a frieze showing the Portuguese ships of that “Age of Discovery.” The complex organ, with Japanese ornamentation, has 4000 pipes, and only four people can play it. The rest of the interior is decorated with baroque tile panels, illustrating episodes of the history of Portugal. Due to errors at the factory in Lisbon, they have different shades of blue. They covered 12th-century frescoes, which faded after constant flooding of the church. 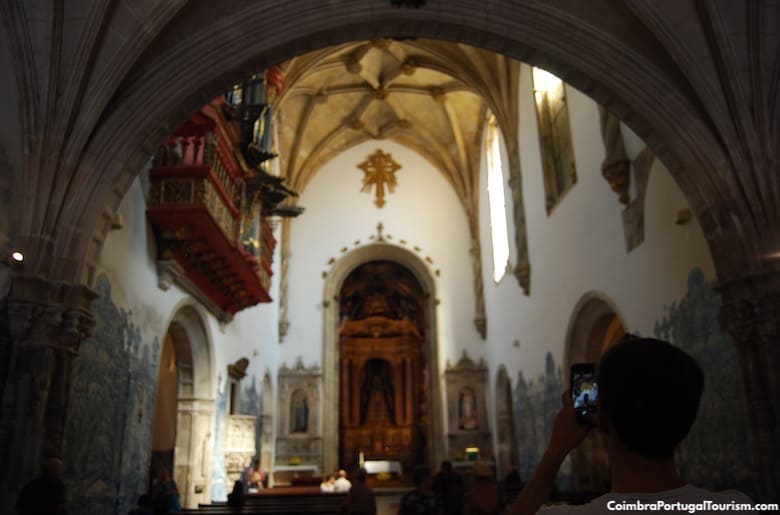 It’s accessed through a finely-sculpted arch on the façade, and leads to a cloister that’s considered one of the purest examples of Manueline architecture. 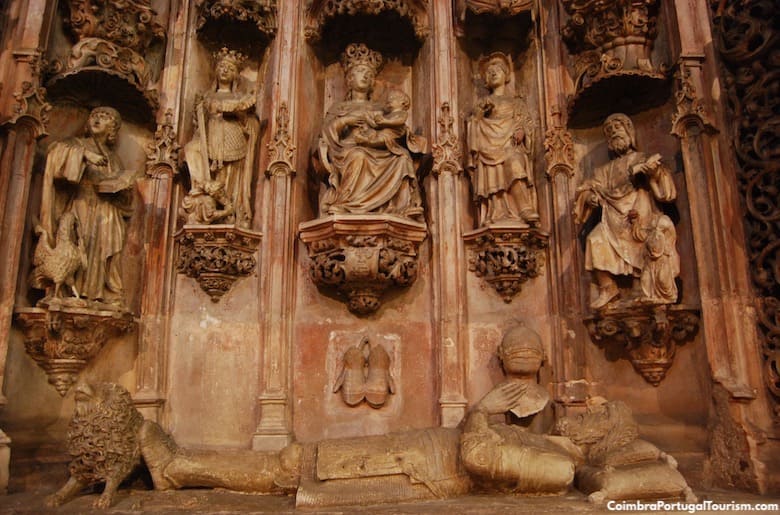 The church houses the tombs of Portugal's first two kings

The monastery was the reason why the university was established in Coimbra, as it was Portugal’s illustrious medieval school. Its most famous student was St. Anthony, who was born in Lisbon and ended his days in Padua, Italy.
Next door, in one of the monastery’s old chapels, is Café Santa Cruz, one of Portugal’s most beautiful historic cafés. It’s a Coimbra landmark, preserving a high-vaulted ceiling, wood paneling and stained-glass windows. 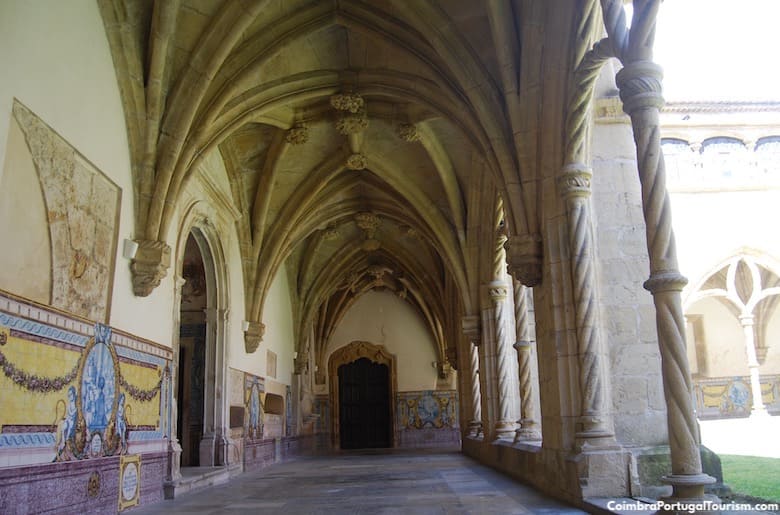 The tiled cloister of the monastery

The monastery and the café face one of Coimbra’s main squares, which is also home to the City Hall, built in 1876 after demolition of part of the monastery. 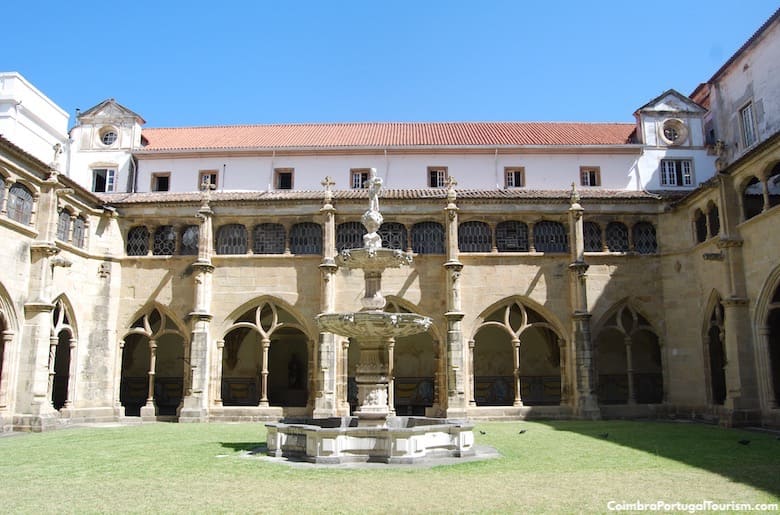 The monastery was once Portugal's most illustrious school


The church is free, but there’s an admission charge for the monastery and cloisters.