Home > What to See and Do > Conímbriga 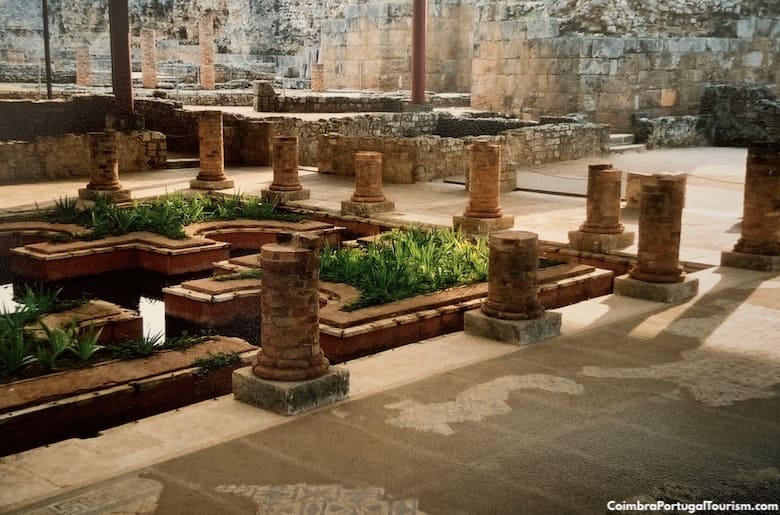 The houses of Conímbriga featured columnated gardens, which are still visible.

Conimbriga is one of Europe's great Roman archaeological sites and one of the best preserved in the Iberian peninsula. Located 16 kilometers (10 miles) from Coimbra, it was first a Celtic settlement, but was occupied by the Romans in the 1st century A.D. It was during the Roman occupation that it turned into a prosperous city, but was destroyed during the Germanic invasions, when the Suevi arrived in 468 A.D.
The life of the Romans in Conimbriga can be traced in the House of Cantaber, the residence of a nobleman and one of the largest houses ever discovered in the western Roman empire. The opulent villa included its own bathing complex, a sophisticated heating system, ornamental pools, and columnated gardens.
Nearby is the House of the Fountains, now under a protective cover. It’s a good example of early Roman design and architecture, with bases of columns, fountains, pictorial mosaics, and paving stones. 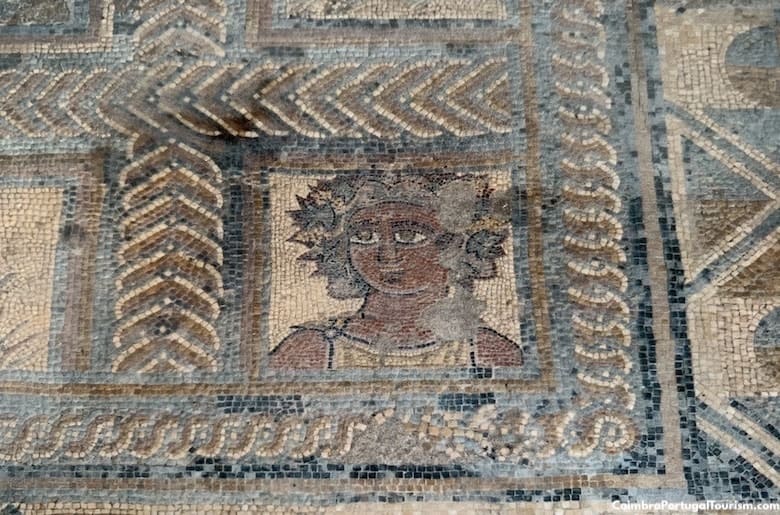 The mosaics on the entire site are in almost perfect condition, with incredibly detailed and colorful designs that include motifs of beasts, hunting scenes, and mythological themes (one shows Perseus offering Medusa's head to a monster from the deep). There are also ruins of temples, a forum, an aqueduct, water conduits, drains, and elaborate piping systems that heated the city's public and private bathrooms.
A small museum on the site (that should be visited before the ruins), recounts the daily life of this sophisticated town. It displays large finds such as statues, funerary monuments, mosaics (one shows the Minotaur's head in a maze), and a colossal head of Augustus Caesar that originally stood in the town's Augustan temple.

Conimbriga, with around 10,000 inhabitants, was not Portugal’s largest Roman city but it certainly is its best preserved. Only about one tenth of it has been excavated, but it’s the best site to understand what Roman Portugal was like.
It’s worth investing in the guidebook of the site at the ticket office in order to make sense of it all.

How to Get to Conímbriga


There's an infrequent bus from Coimbra to Conimbriga, and another service to Condeixa-a-Nova less than two kilometers (about a mile) away, where it’s possible to walk or hire a taxi to the ruins.
The direct bus (operated by the Transdev company and with a stop by the central square Largo da Portagem) departs from Coimbra only three times a day (at 9am, 9:30am and 12:30pm on weekdays, and at 9:30am and 12:30pm on weekends, plus at 3pm on Sundays and 3:30pm on Saturdays).
The return times to Coimbra from Conimbriga are 12:55pm, 4:25pm, and 5:55pm on weekdays, and at 1:25pm and 6:25pm on Saturdays, and at 1:55pm and 6:25pm on Sundays.
Because it makes several stops, the bus takes 45 minutes to reach to ruins. A single ticket is €2.60.
If you’re driving, Condeixa-a-Nova has a historic hotel that occupies a converted palace, and is a good choice for those who wish to stay overnight between Coimbra and the ruins.


Admission and Tickets to Conímbriga

Opens every day, from 10am to 5:30pm between November and February, and from 10am to 8:30pm from March to October.