Home > What to See and Do > Parks and Gardens

Parks and Gardens in Coimbra


There was a time when Coimbra was surrounded by farmland and gardens connected to its several convents. As the city expanded, concrete substituted vegetation, but there are still green spaces to be enjoyed, by the river and in the center of town: 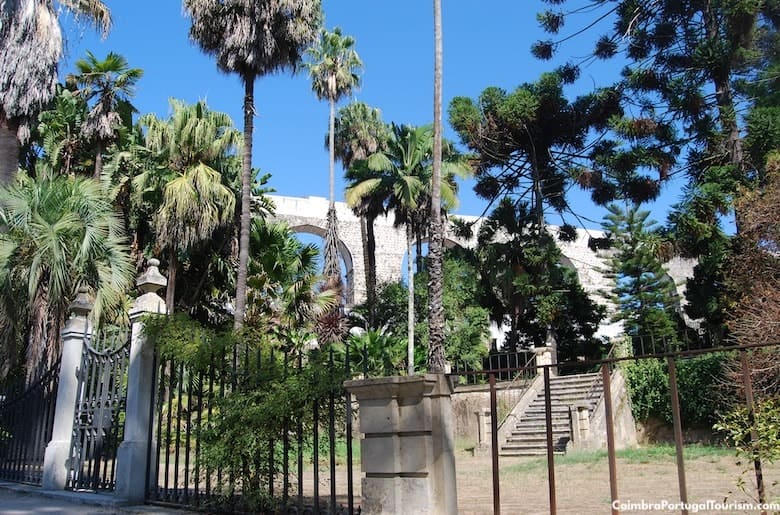 In the 18th century, benedictine friars donated 13 hectares (32 acres) of their land to the state, which used them to create a botanical garden for Coimbra University. It was meant for the study of natural history and medicine, and was (and still is) one of the world’s greatest. It’s split into different levels, and allows visitors to see plants from all corners of the globe. In between exotic trees are marble statues from the late 1800s, including one by Portugal’s greatest sculptor, Soares dos Reis. There’s also a greenhouse from 1859, which was one of the first examples of iron and glass architecture in the country. 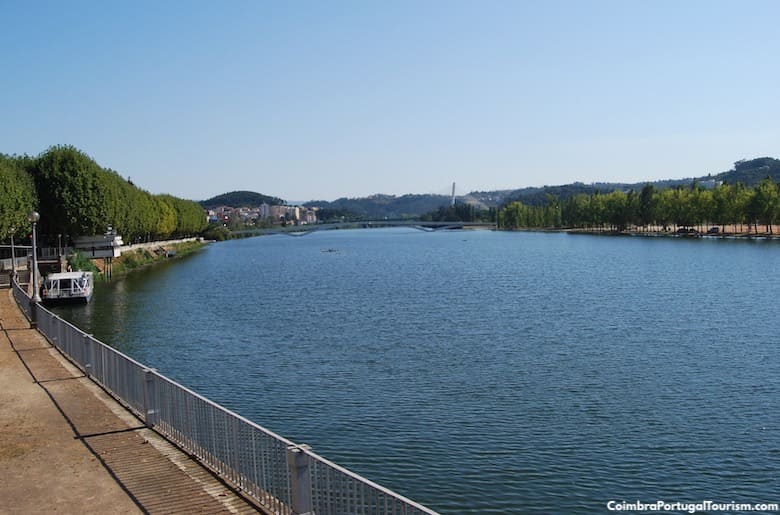 This riverside park is quite recent -- it was landscaped and inaugurated in 2004. Its four kilometers (2.5 miles) have cafés and restaurants by the water, a children’s playground, and views of the modern Rainha Santa Isabel Bridge. Another bridge, Ponte Pedro e Inês, is for pedestrians and cyclists to cross the river. There are also bike paths and a pavilion that represented Portugal at the Hanover World Fair in 2000, now used for temporary exhibitions, while across the river is a sandbox for beach volleyball, a skatepark, a picnic area, and pavilions associated with recreational activities on the river, like canoeing and sailing. 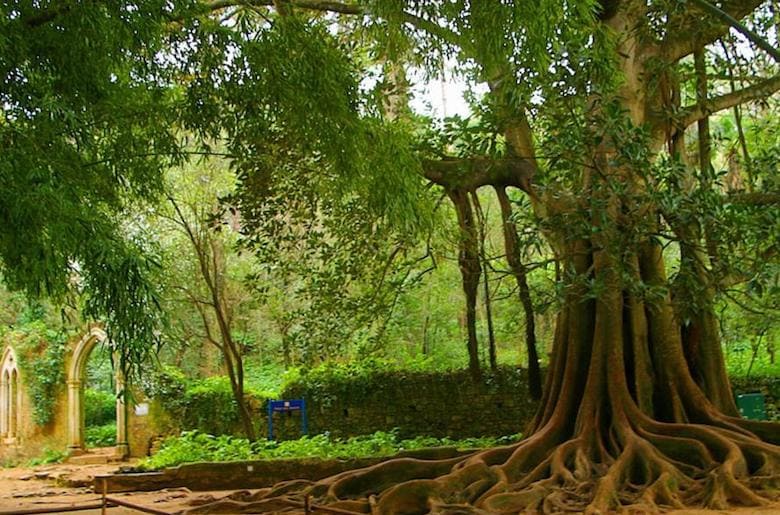 Queen Saint Isabel ordered that springs run through the estate on this site in the 14th century to the Monastery of Santa Clara. One of them became known as “Fonte das Lágrimas” (“Fountain of Tears”), after a legend said that its waters were the tears of Inês de Castro, a Spanish princess who was assassinated to prevent her marriage to the Portuguese prince who became King Pedro I. A 19th-century palace is now at the center of the historic park, and is Coimbra’s greatest hotel. The park is open to everyone, and the romantic neo-Gothic ruins of a door and window on the site of the Fountain of Tears are a pilgrimage site for young lovers. In between are plants brought from different parts of the world, particularly from Japan.

Santa Cruz Park is better known as Jardim da Sereia (“Garden of the Mermaid”). Created in the 18th century, it’s found at the top of Avenida Sá da Bandeira, and is a delightful place that attracts university students throughout the day. It’s often a stage for a variety of events, mostly related to academic life. It once belonged to the Santa Cruz Monastery nearby, and is accessed through a triumphal arch crowned by three statues representing Faith, Hope, and Charity. A staircase with tile-covered benches leads to an elegant fountain topped by a “mermaid” (which is actually Triton, the Greek god of the sea). There are also tables for picnics, and exotic trees providing shade for quieter moments in the center of the city. 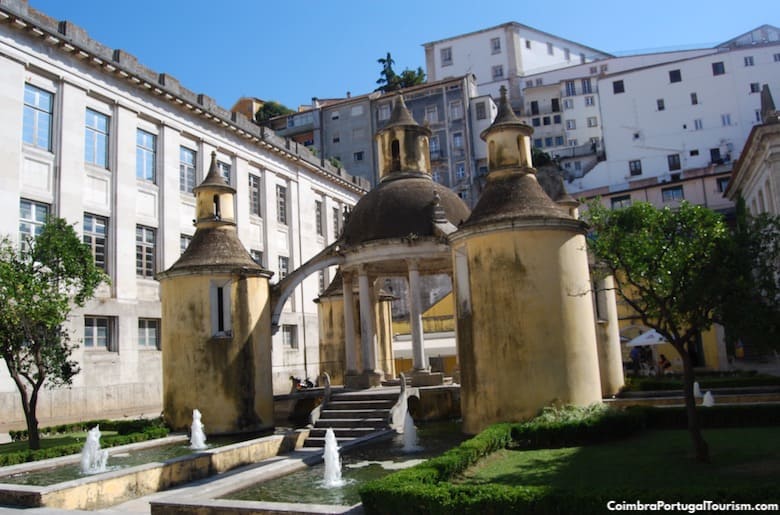 Once a cloister of the Santa Cruz Monastery, this small garden is now a public space. Nearly all of the original Renaissance architecture is gone, with only the central fountain still standing. It’s more like a small public square, with its steps used by tourists on a break from sightseeing. Directly across the road is Fonte dos Judeus (Jews’ Fountain), which dates back to 1137 but was rebuilt in 1725 in the baroque style. A few feet up the road is the market, faced by a series of blue-and-white tile panels, illustrating Coimbra’s major landmarks (like the university, the Santa Cruz Monastery, the Old Cathedral, the Almedina Arch and Sub-Ripas Palace, among several others). 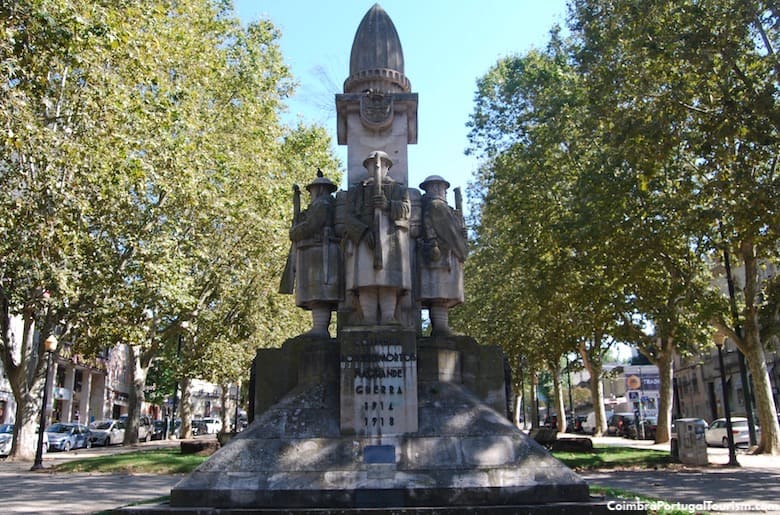 A garden landscaped in 1885 became central Coimbra’s main boulevard in the 20th century. A traditional Portuguese cobblestone pavement was added, and a monument to the unknown soldier (or those who were lost in WWI) was erected in 1932. It connects Jardim da Sereia to Jardim da Manga.