Once Portugal’s capital (from 1139 to 1256), Coimbra is one of the country’s most historic cities, famous for its university, which is one of Europe’s oldest (it was founded in 1290). While it may lack the contemporary attractions of Lisbon and Porto, it’s rich in centuries-old monuments that illustrate every chapter of the history of architecture, and the university and surroundings are listed as a World Heritage Site.
Easily accessible by train or bus between the country’s two largest cities, it’s worth a visit not just for the monumental university but also for the ancient site of Conimbriga, which has some of Europe’s best-preserved Roman mosaics. In between, choose among the different romanesque, gothic, and baroque churches, and visit one of Portugal’s best national museums.
This is your guide to it all.

The Best Time to Visit Coimbra


The first week of May is the best time to visit Coimbra, as the weather is mild and sunny, and the city is at its liveliest. That’s when the “Burning of the Ribbons” festivities take place, marking the end of the academic year. University graduates ceremoniously burn their gowns and ribbons, and male students sing fado on the streets, as a farewell to their student life. Naturally, this is also the time for student parties, with lots of revelry by the river.
The city is quieter in the summer, when the students are gone. They’re back in September, which is also a great time to visit, as the weather is pleasant and the city reawakens.

How Many Days in Coimbra?


Although you can see the university and most of Coimbra’s top attractions in one day, you need two days if you want to go outside the city to the Roman ruins of Conimbriga.

Are There Beaches in Coimbra?


Unlike Lisbon and Porto (and other large Portuguese cities), Coimbra doesn’t have any beaches nearby. It’s 45km (28 miles) from the coast, and the closest beach is that of Figueira da Foz, that’s 45 minutes away by car, and about 1 hour and 15 minutes by train. Trains depart from Coimbra around every hour, stopping in several small towns along the way.
If you’re staying in Coimbra in the summer, you may want to go to Figueira da Foz on a day trip.

Where to Go After Coimbra


Conimbriga - After the university, this is the main reason many people visit Coimbra. It’s the Roman city that originated modern Coimbra, and is found about 20 kilometers (12 miles) to the south. It’s now an archaeological site, with a museum explaining the well-preserved mosaics and other finds. See the Conimbriga visitors’ guide.

Porto - Just over one hour by train, Porto is the perfect destination after Coimbra. It’s Portugal’s second-largest city and the capital of the north of the country. It’s quite beautiful, and offers a number of impressive historic and modern attractions.

Figueira da Foz - If you want to relax after a couple of days of walking up and down Coimbra’s steep hills, head to the nearest beach, which, as mentioned above, can be reached by train.

Aveiro - This colorful city of canals and sandy beaches is well connected to Coimbra by regular trains, taking about one hour. Its central canal and historic attractions can be seen in a couple of hours, but the highlight of a visit is its coastline, so it requires an entire day or an overnight stay. From the city center, take a bus to Costa Nova, known for its emblematic striped houses and beach of powdery sand. 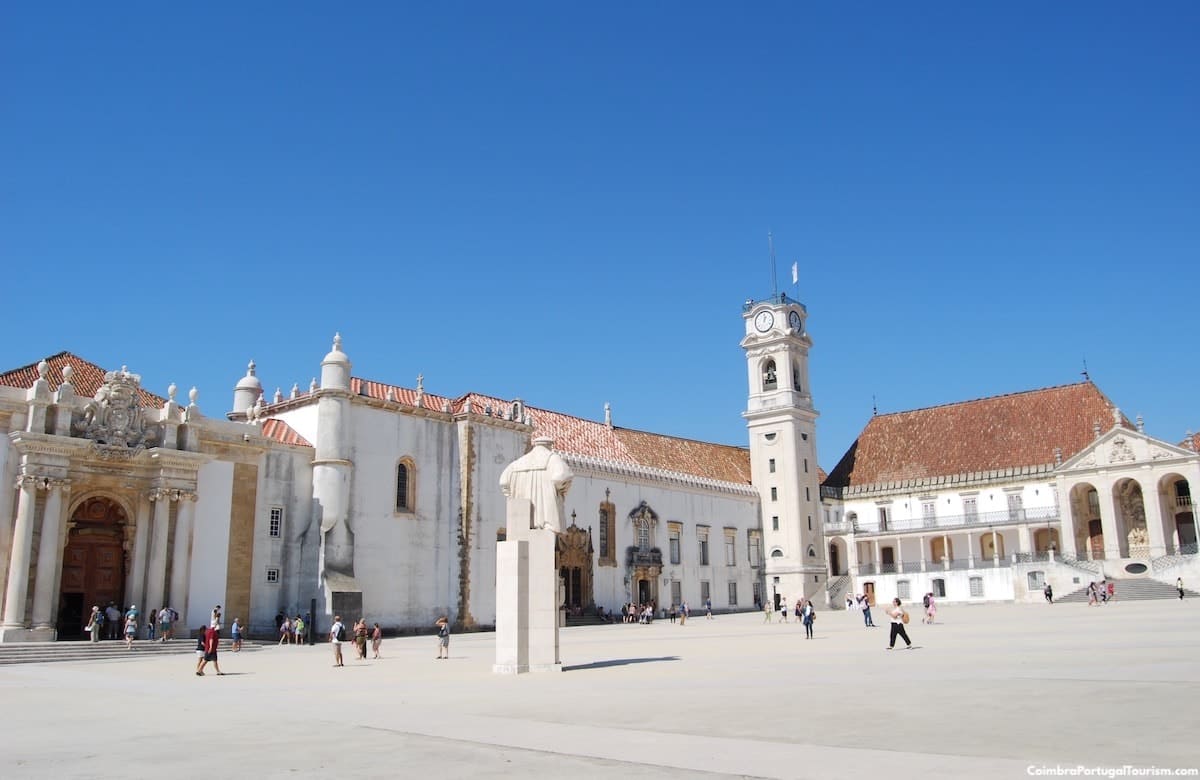 
Everything you need to plan your visit to Coimbra is on this website. It offers complete and entirely independent information from locals and travel experts, not associated with or sponsored by any local institution or organization. However, if you still have any questions when you’re in the city, pass by the official tourism office, which is located right on the riverfront, facing Largo da Portagem on Avenida Emídio Navarro. It not only provides information about Coimbra, but also the entire Centro region of Portugal. Another tourist office can be found on Praça da República, but this one closes on weekends.