Home > What to See and Do > Old Cathedral 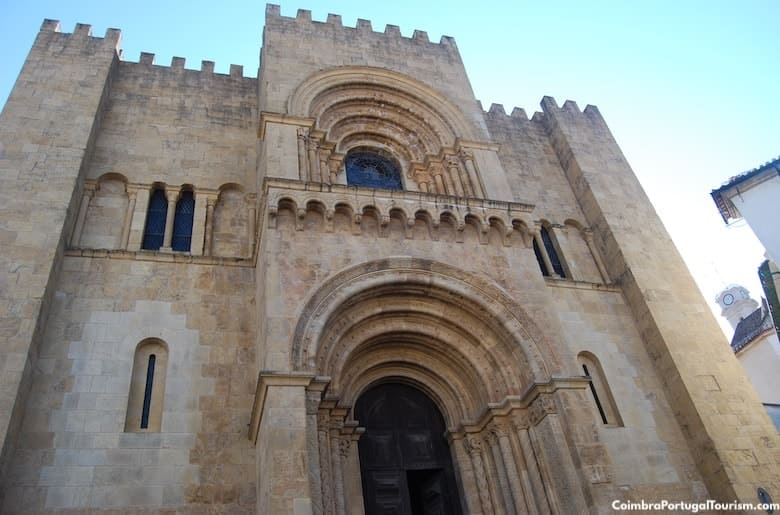 The fortress-like exterior of the cathedral

Coimbra’s first cathedral is called “Old” (“Velha”) because a newer church was made the city’s second cathedral in the 18th century. It dates from 1117, and was designed by Portuguese and French architects. It preserves much of the original Romanesque architecture, which is rather rare in major churches of the time around Portugal and Europe. 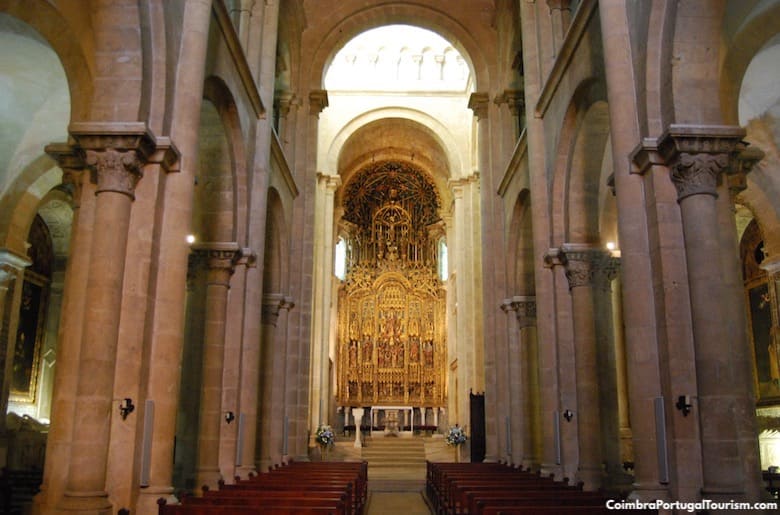 The church preserves most of its Romanesque interior

From the outside, it looks like a fortress, but the side portal reminds you that it’s a church, and is a fine example of the Renaissance style. The steps of the delicately-ornamented front portal of Islamic influence are the stage of one of the main cultural events in the city -- the “serenade” in May that marks the end of the academic year, with male graduates singing fado as a farewell to student life. 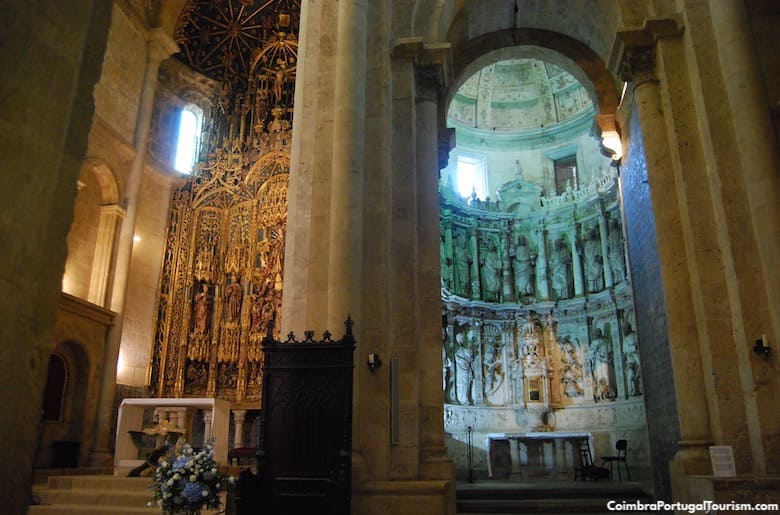 Only the altarpieces in the chancel date from the Gothic period

Inside, very little has changed over the centuries. Only tiles brought from Seville in 1503, Gothic altarpieces, and baroque paintings were added over time, with the highlight being the chancel’s extraordinary gilded Gothic altarpiece created by Flemish sculptors in the early 1500s. The cloisters, from 1218, were the first in Portugal to follow the Gothic style. 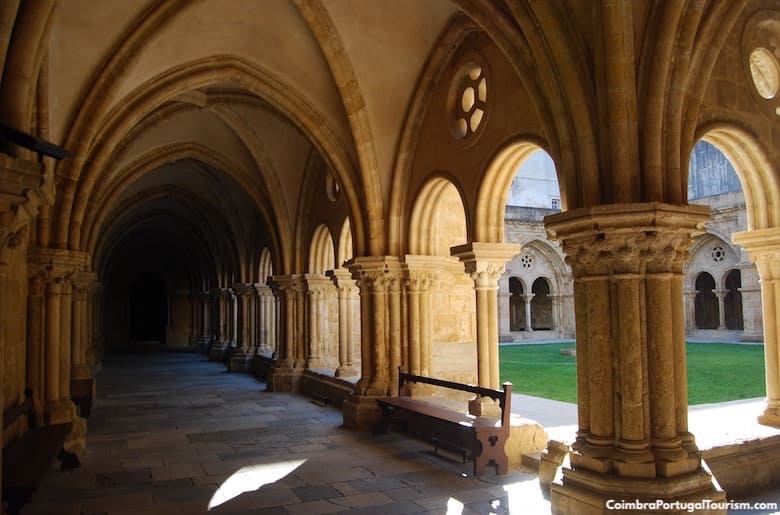 Continue up the hill from behind the building, and you reach the university and the Machado de Castro National Museum. 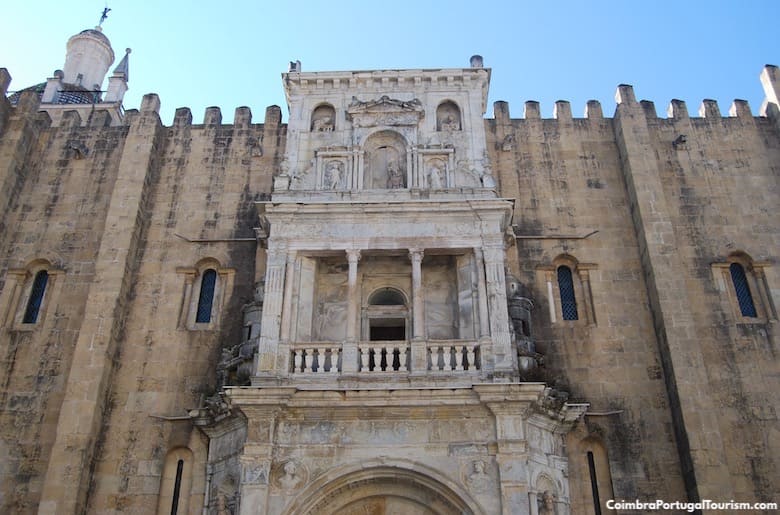 The side portal is a fine example of Renaissance architecture


How to Get to the Old Cathedral


The Old Cathedral is located in a small square in the heart of medieval Coimbra, and can be reached by going up the steps from Arco de Almedina, the gateway to the old city.


Admission and Tickets to the Old Cathedral