Home > What to See and Do > Praça do Comércio 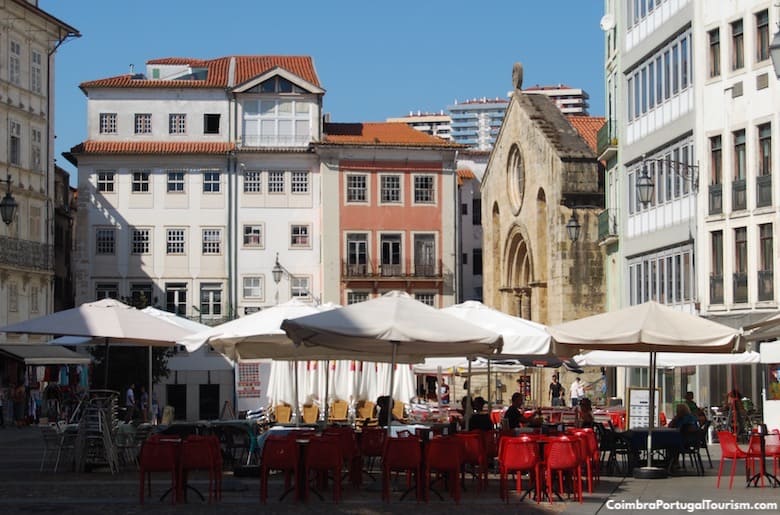 Praça do Comércio is Coimbra’s largest square. Surrounded by 18th-century apartment buildings and businesses, it’s not a monumental square like Lisbon’s Praça do Comércio, but over the centuries it was literally the “market square” where the people of Coimbra did most of their shopping.
The shopping is now mostly done at the mall across the river, so the square has become a quiet place to relax at an outdoor café. 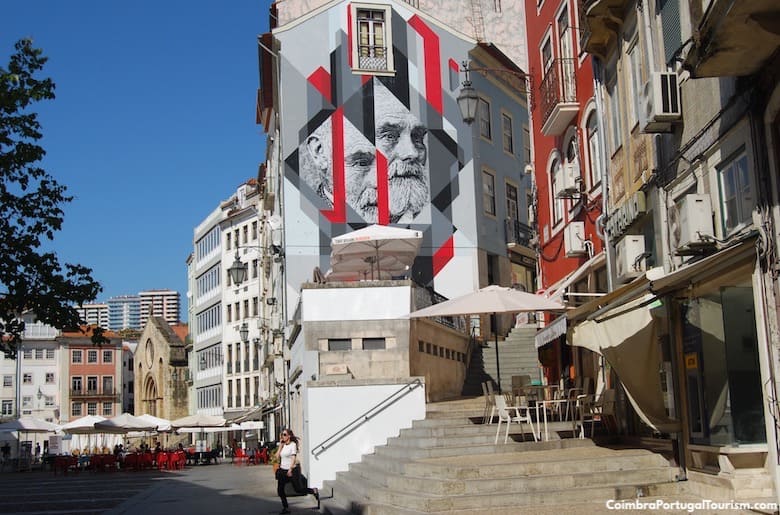 The square is reached via steps from downtown Coimbra's pedestrian street

It’s reached via steps from Rua Ferreira Borges, downtown’s main pedestrian street. In a corner is the church of São Tiago, one of Coimbra’s oldest monuments that, unfortunately, is usually closed. On the opposite end is another church, Igreja de São Bartolomeu, which dates from the 10th century but was much altered in a baroque style in the 1700s. 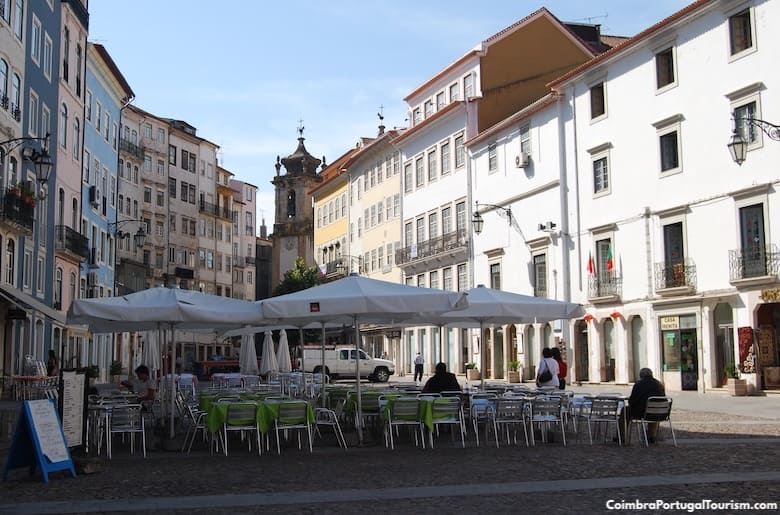 The church of São Bartolomeu also faces the square

In front of the church is the 20th-century reproduction of a 15th-century pillory. These stone columns were present in all major Portuguese towns since the 1100s, following a tradition from Roman times. They were usually placed by the town halls as symbols of municipal authority, but sometimes stood in front of the main church, where they were often used to chain criminals as punishment.
Praça do Comércio is also known as Praça Velha (“Old Square”), and was also home to the royal hospital in the 1500s. That hospital was transferred to the former college of the Jesuits behind the New Cathedral in 1790, and its building in this square has mostly disappeared.